Stand Up For Mental Health 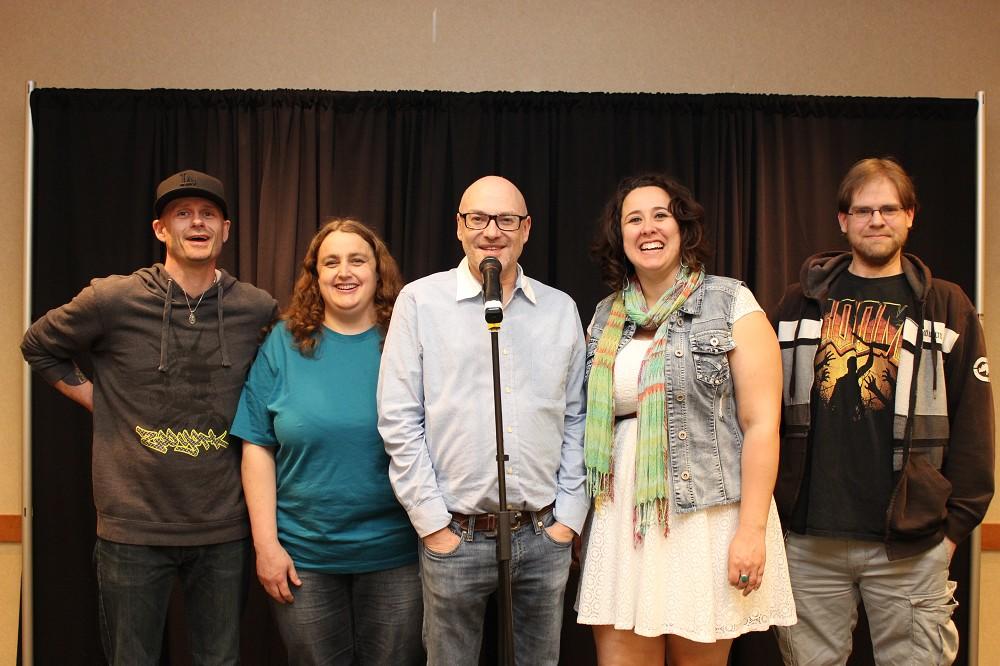 Jase Watford (left) delivered a high-energy comedic performance at Stand Up For Mental Health on May 7.

Having worked on a cruise ship as a DJ, MC, and Senior Cruise Director, Jase Watford already had quite a background in entertainment when he signed up for an intensive six-week comedy course with a live performance scheduled at the end. “It’s been intense,” says Watford. “There’s no other way to put it.” Participants were trained via Skype by David Granirer, founder of Stand Up For Mental Health, a program that teaches stand-up comedy to people with mental illness or mental health issues as a way of building confidence and fighting public stigma. “This gives me an opportunity to talk about who I am and to shed light on stigmas,” says Watford. A student in the Honours Bachelor of Social Work program at Lakehead University, Watford says he would like to become a speaker and an advocate for people living with mental health issues. Does he plan to continue with stand-up after this experience? “We’ll see if this is successful first,” he says.