Research into MRI-Guided HIFU for Prostate Cancer Underway at TBRRI 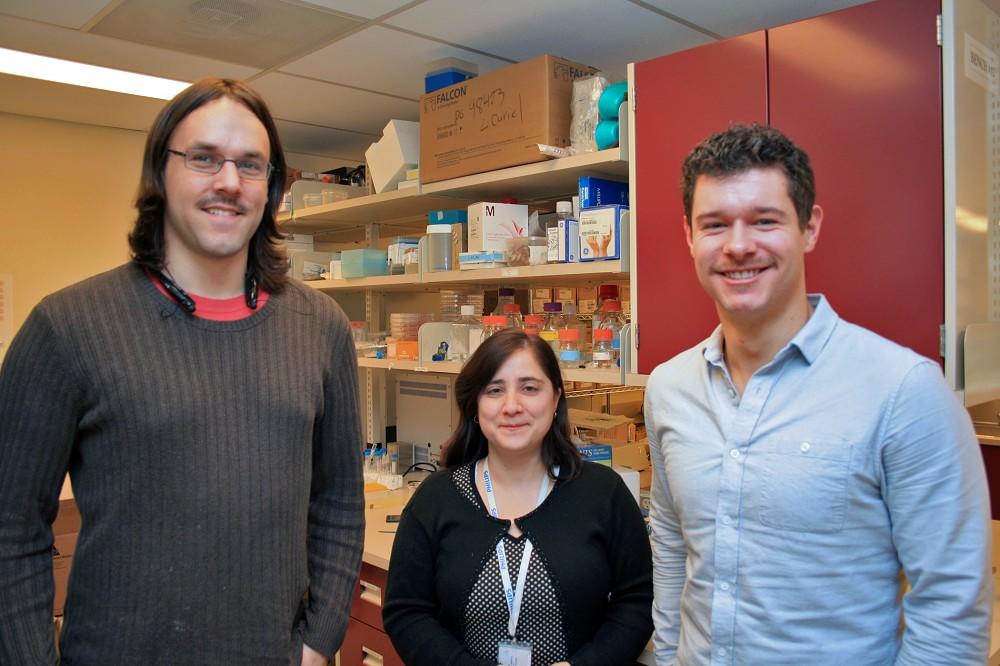 Can you precisely target prostate cancer cells to reduce the side effects of HIFU treatment?

That’s the question that TBRRI scientist Dr. Laura Curiel and her team are exploring. In fact as far as we know, they are the only team in the world using MRI as a possible HIFU guidance system to treat only the malignant areas of prostate cancer.

High-intensity focused ultrasound or HIFU is used as a minimally-invasive treatment alternative for prostate cancer, especially in Europe. The high-intensity sound waves literally burn the cells, much like a magnifying glass can focus the sun’s rays to burn grass.

“HIFU works as well as surgery at the moment, and has a shorter recovery time. But the way it is currently used, it also has many of the same the same side effects as other treatment methods,” Dr. Curiel said. Those side effects include sexual dysfunction and incontinence.

In theory though, HIFU can be a more precise treatment method, burning only the cancer cells. This approach would avoid the healthy tissue and nerves, reducing or eliminating those side effects. However, there isn’t an effective method of targeting the tumour. Imagine using a sniper’s rifle without the scope – there is no way to aim the rifle accurately enough to hit the target.

Dr. Curiel’s team is trying to build that scope using MRI and molecular imaging. Prostate cancer cells have a protein outside of the cell called prostate-specific membrane antigen (PSMA). Scientists have created an antibody called J591 that joins with the PSMA. They are able to attach nanoparticles called superparamagnetic iron oxide (SPIO) to these antibodies, acting kind of like a little flag. When these antibodies are injected into the patient, they clump onto the cancer cells allowing the MRI to see the “flags” and find exactly where the cancer is.

Unlike more commonly used contrast agents that light up on an MRI, the iron oxide actually makes the MRI image darker. That’s not an issue in itself though, according to Chris Abraham, a Lakehead PhD candidate in physics, who is working with Dr. Curiel.

“From an imaging standpoint, it doesn’t matter if something gets brighter or darker, just so long as we can see the change,” Abraham said.

That’s where it gets tricky. Doctors will want to have as much contrast in the image as possible to ensure they can see the cancer clearly. Abraham is trying different ways of using MRI to find the way that provides the greatest contrast. Another way to increase contrast is to pile more flags onto the cancer cells, which is exactly what David Bates, a Lakehead Masters of Biology student, is investigating in Dr. Curiel’s lab.

“I’m working on finding methods of getting higher loads of nanoparticles to the target so that we can see the cancer cells better on the MRI,” Bates said.

The hope is to maximize the number of flags and find the best method of seeing those flags for the sharpest images possible. Should this method prove successful, Dr. Curiel’s next step is to create a clinical trial to confirm its effectiveness as a diagnostic imaging method for prostate cancer.

You are part of that team, too! Thank you to all who have supported the TBRRI through the Thunder Bay Regional Health Sciences Foundation, making research projects like this one possible. Support local research by donating to the Health Sciences Discovery Fund online or by calling the Foundation at (807) 345-HOPE (4673). Together, we’re building a healthier, wealthier, and smarter Northwestern Ontario.