Don’t Miss the Bus! Get Screened for Cancer

Masking and Entrance Screening to Continue at Our Hospital 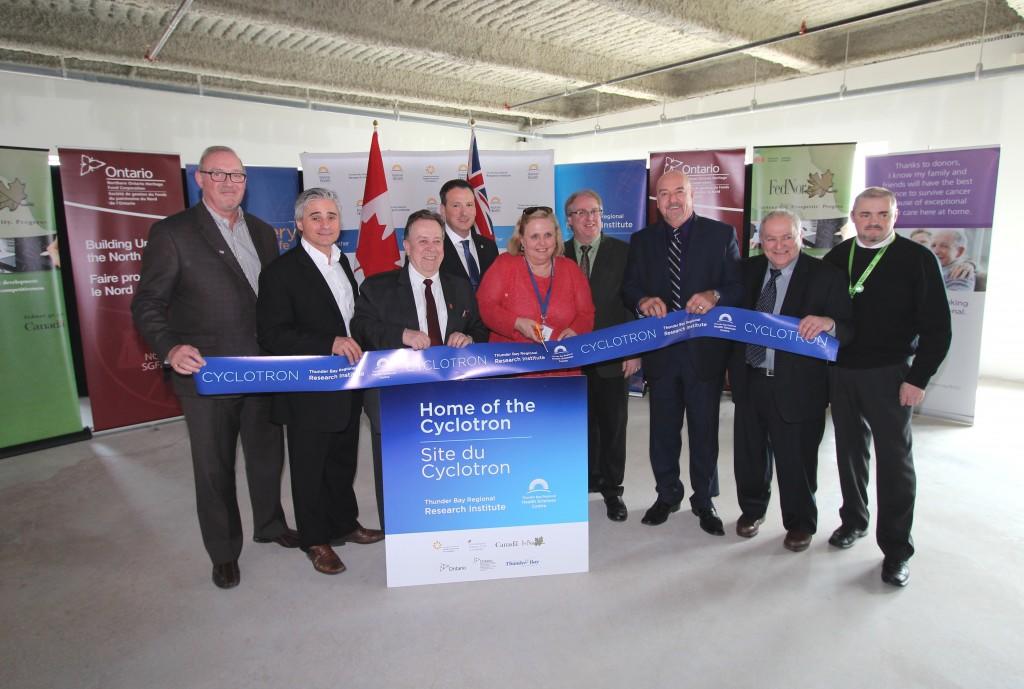 “This is a game changer,” said Dr. Gary Polonsky, chairman of the TBRRI board. “This gives TBRRI researchers the opportunity to develop and bring cutting-edge healthcare to Thunder Bay, potentially offering new tests to residents of Northwestern Ontario before most other hospitals in Canada or even the world.”

The cyclotron will produce medical isotopes that will improve cancer care for patients in Northwestern Ontario and will allow for cutting-edge research that works to find new, more efficient, ways of diagnosing and treating cancers.

The cyclotron will also ensure more dependable care to local cancer patients using existing therapies, something particularly important to a hospital serving as vast a geographic region as Northwestern Ontario. Previously, isotopes used for patient care were delivered from other sites in Ontario. If there was any delay for any reason, the isotopes decayed to a point where they were no longer useful. Patients’ imaging tests for those days would have to be cancelled and rescheduled.

“Given the short effective life isotopes have, producing them on site eliminates the problem of cancer patients in Northwestern Ontario being at the mercy of unpredictable weather or airline arrivals, which have in the past delayed or cancelled access to potentially life saving treatment,” said TBRHSC Board Chair Susan Fraser.

Removing that uncertainty from patients already dealing with the stress of cancer will improve their experience of care, added Fraser.

“Without them, we wouldn’t be standing here today,” said Polonksy. “This is a huge day for the future of cancer care in Northwestern Ontario and possibly Canada and the world,” concluded Polonsky. “Making it to this day has been a true community effort. I thank you and I am confident future generations will thank you.”

Quotes from our funding partners

Today’s event marks the beginning of a new era for research and innovation in Northwestern Ontario. Establishing a cyclotron in Thunder Bay will further position the region as a global leader for applied research and development in biotechnology, while expanding the health sciences cluster by supporting jobs and growth throughout the area.
– Honourable Greg Rickford, Canada’s Minister of Natural Resources and Minister for the Federal Economic Development Initiative for Northern Ontario

Our government recognizes that the important work conducted at the Thunder Bay Regional Research Institute is emphasizing patient focused health care, providing earlier diagnoses of diseases and better treatment for northerners. I am absolutely delighted that the NOHFC made such a major investment in the Cyclotron project, which is significantly adding to Thunder Bay’s reputation as a world leading centre in health care research.
– Northern Development and Mines Minister Michael Gravelle, who also chairs the Northern Ontario Heritage Fund Corporation

I am pleased that the City of Thunder Bay can count itself among the supporters and funding partners of this innovative medical technology that will transform cancer patient care in our community, and make a significant difference in the lives of our citizens.
– Mayor Keith Hobbs, City of Thunder Bay