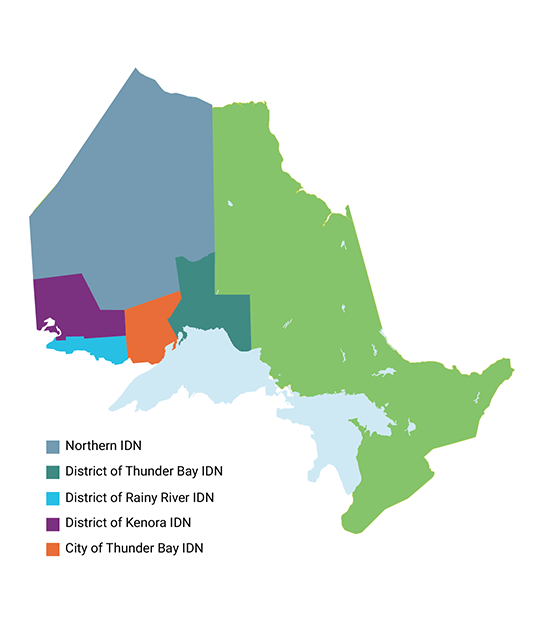 The North West LHIN boundaries reach from east of White River to the Manitoba border in the west and from Hudson Bay in the north to the United States border in the south, which encompasses 47% of Ontario’s landmass. The North West is the most sparsely populated LHIN; it is home to 235,046 people (2006) or 2% of the population of Ontario.